Dundonald Church (17/P0763) - 577 Kingston Road.  This planning application for a new church with flats above was approved in October 2017 by the planning committee subject to various planning conditions and a Section 106 or similar legal agreement. The building has a four storey frontage with a set back fifth storey. The church will occupy the ground and first floors and there will be 15 flats on the other three floors. The church need to arrange a development partner for the flats before a legal agreement can be completed with the council, so it will be sometime before any work starts on site. Church activities will have to move to an alternative location for the duration of the redevelopment.

Rainbow Industrial Estate – Mixed development of residential and commercial plus an associated application for the station Kiss & Ride. Applications 14/P4287 & 14/P4288. Planning Permission has now been granted by LB Merton.

Southey Bowls Club (between Kingston Road, Lower Downs Road and Abbott Avenue) has received planning permission to build residential units on the site together with a new club house and bowling green. The theory is that the money the scheme will generate will provide well for the future of the club and will give a sense of security for its future. Whilst many people whose houses back on to the club site have their own objections to the development, the concerns of the ARA has been focused mainly on the proposal to turn much of the footpath linking Kingston Road and Abbott Avenue into a shared car and pedestrian road. We think this is dangerous and believe the developers should provide a separate space for vehicles and for pedestrians.  Planning permission was granted even for this part of the development.  Although Cllr David Dean pursued alternatives with the developers, the Council gave permission for the demolition and replacement of 557 Kingston Road (demolition was carried out in late April 2018) and the shared access would appear to be accepted by the Council.

Although the amended proposals set out in this application were recommended for approval in mid 2014, it was not until June 2016 that a decision notice approving the proposals was raised, probably because the applicant had to agree to and sign legal undertakings to pay Section 106a/Construction Infrastructure Levy money in order to receive consent.

As we know, the land was purchased by Access Self-Storage.  The plans were to set up a Self-Storage Unit together with some residential units.  However, since purchasing the site, the market for self-storage has declined. Access have now decided to submit an application for 99 flats together with office units.  It seems that both the flats and the office units will be for rent rather than for sale.  Some of the flats will be let at ‘affordable’ rates.  There will be 33 parking spaces.  Others will not be permitted to obtain parking permits.  Thanks to one of our local residents, the developers have agreed to add a significant number of nesting boxes to try and encourage swifts. Their numbers have been declining in recent years due to new styles of building.  They are attractive and clean birds!

See the latest plans by clicking on the links below. 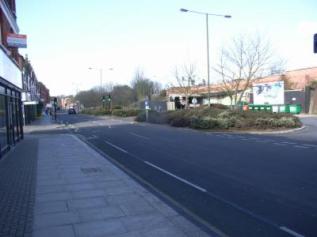 The Area to the South of the Skew Arch. The area roughly between the Railhouse (the former Junction Tavern), the library and the Skew Arch has always appeared as a significant area of public space that could be better utilised. A lot of creative work has been achieved on the north side of the railway, so we’re now looking to see what can be done on our side. Tony Edwards from Place, Design & Planning (local urban planners) has produced some options for this large piece of public land with the help of ARA member Peter Fischer - click link below for more information. Since the recycling bins were removed from this area, the Raynes Park Association obtained funding to put artificial grass down on the paved area adjacent to the Skew Arch to provide temporary improvement.

For more information see the proposed plans in this PDF: