The Apostles Residents Association aims to protect and enhance the local environment and promote the interests of the local community.

How do I Join?

To become a member, please contact your road rep. The fee is £4 per annum and £2 for pensioners and those out of work. If you would like to pay your subscription by bank transfer, please transfer to: Apostles Residents Association, account no 02383523, sort code 30-99-66 and put your address as the reference. 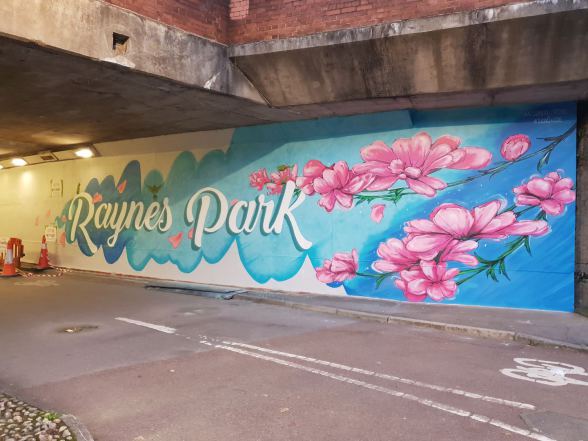 The Mural at the Skew Arch 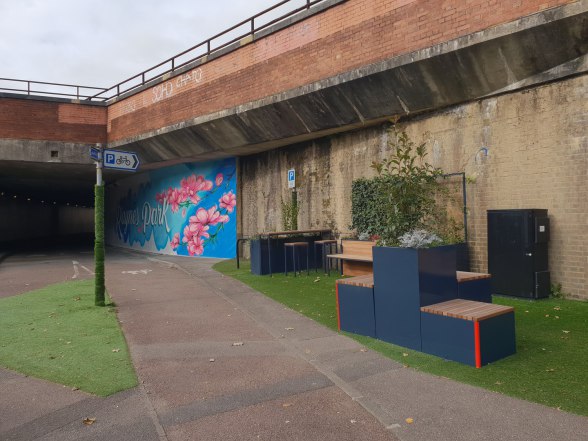 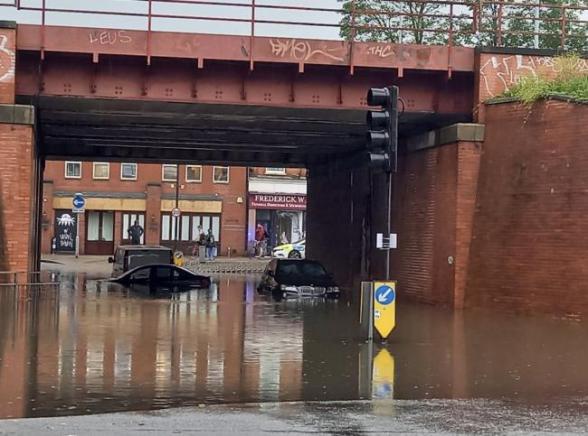 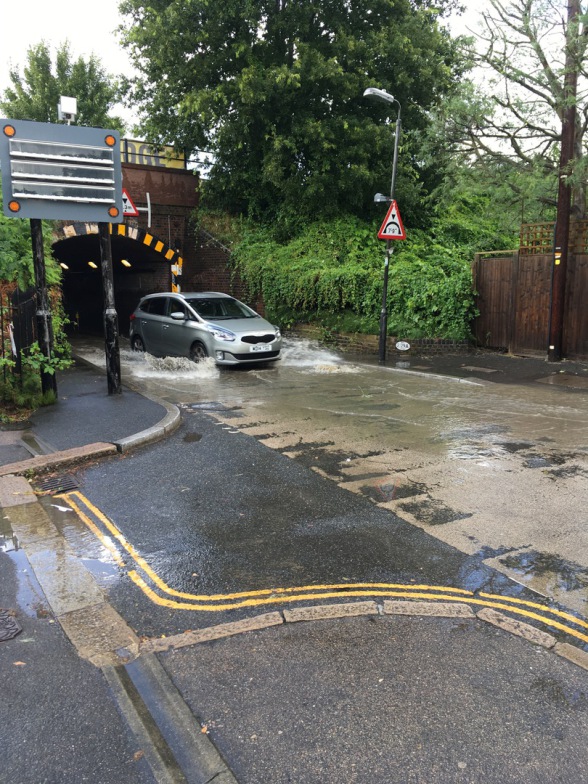 Raynes Park hit the headlines for the wrong reasons with pictures of flooding under the railway bridge and in Lower Downs Road.  This happened several times.  The London Borough of Merton is responsible for anything above the surface, gulleys and drains in the road, and Thames Water for anything under the ground.  Whilst we were concerned that the pressure of water resulted in some sewage water spreading in some areas, we have been re-assured that (as we understand) no properties were flooded.  LBM confirm that they prioritise checking drains where there is a raised likelihood of flooding.  TW told us what they are doing  to make sure there are no major blockages in their systems.  Is it just bad luck that we have had about half a dozen ‘once-in-thirty years’ experiences recently?  Should they be investing in bigger and better sewers?  By the way, it is important always to report any flooding to Thames Water – they prioritise areas where they receive the most complaints.   Some people in the Apostle roads have been shocked by massive insurance increases because of the flooding risk.  It seems that different insurance companies use differing criteria and we are not in a designated ‘flood risk’ area.  However, this doesn’t prevent some companies taking their own decisions – perhaps having seen the press coverage of local flooding.

As many Apostles residents will know, the ARA was set up in the 1980s to campaign against conversion of typical Apostles 2 bedroom Edwardian terrace houses into two separate flats. Over the years subsequent council planning policies have for the most part prevented such conversions. It was therefore a shock to find that in late 2019 such a conversion was permitted as being in accordance with the council’s current Local Development Framework (LDF) Core Planning Strategy, which was adopted in 2011 (36 Aston Road Planning Application Number 19/P2715).

To some of us the wording in the document is not sufficiently clear, given the council’s stated shortage of ‘family’ sized homes and the preponderance of one and two bedroom dwellings being built throughout the borough.

As a consequence, a survey has been carried out - see below - by some ARA committee members of all the properties in the area served by the ARA to establish as accurately as possible the breakdown of dwellings by their size in terms of bedrooms per dwelling. This survey has been produced in order to make the case to the council that, in terms of its own housing policies, it is detrimental to convert 2 bedroom Apostles terraced houses into two individual flats.

This decision to carry out the survey was welcomed by council planning officers and the survey has been submitted to the council in the expectation that it will influence a more clearly worded housing policy in the revised LDF which is currently being developed for adoption in the next couple of years.

The draft Plan certainly does not go far enough to protect our properties.  Accordingly we have made the following submission to Merton.  Thanks to Peter Fischer, local resident, for the hard work he has done in preparing our response.

ARA local plan response.pdf
Adobe Acrobat document [27.4 KB]
APOSTLES' MOTHER AND BABY GROUP
Are you currently on maternity leave, shortly expecting a baby or have little ones at home?
Rebecca from Carlton Park Avenue has set up an Apostles mother and baby group and/or meet ups.
Please text her on 07861 684341 if you would like to be involved.

It now appears increasingly unlikely that the CrossRail2 Project will not go ahead in the foreseeable future.  CrossRail has gone way opver budget, and post Covid there will be no money left in the kitty for such a develoment.

The event is always a great success and Raynes Park comes alive. 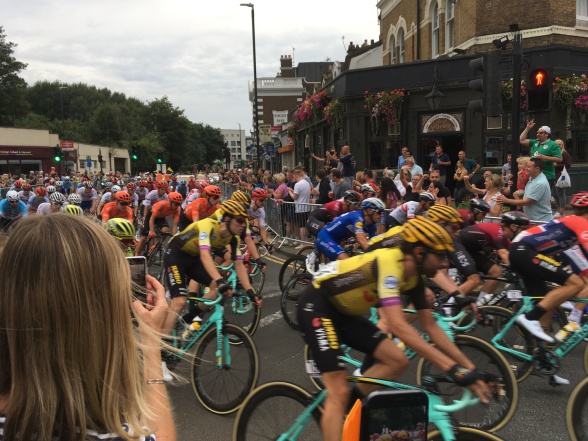 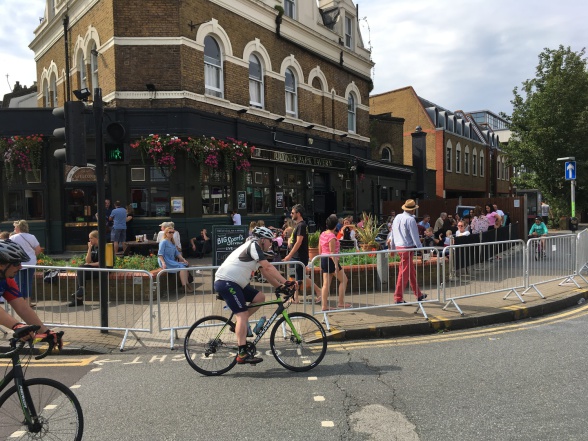 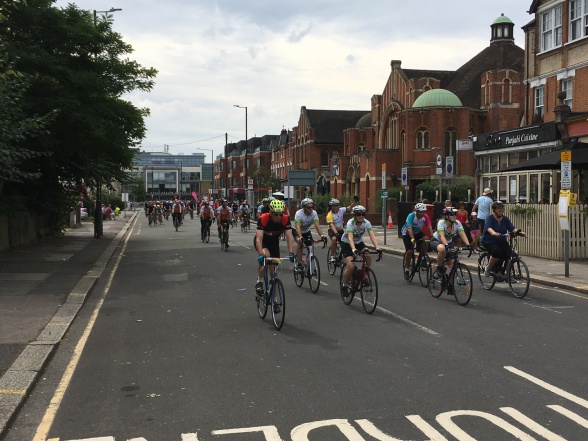 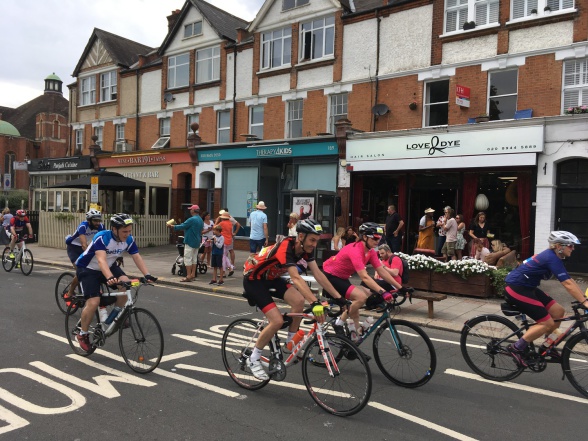 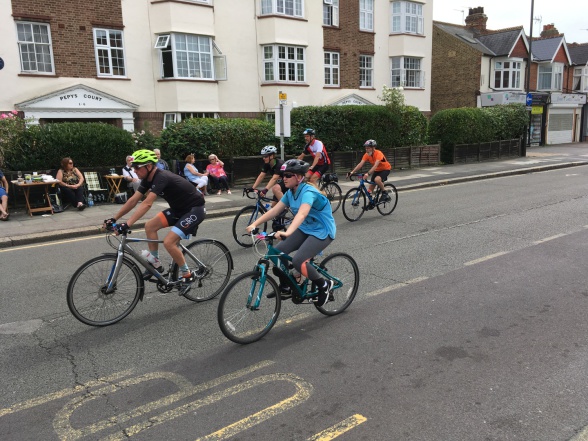